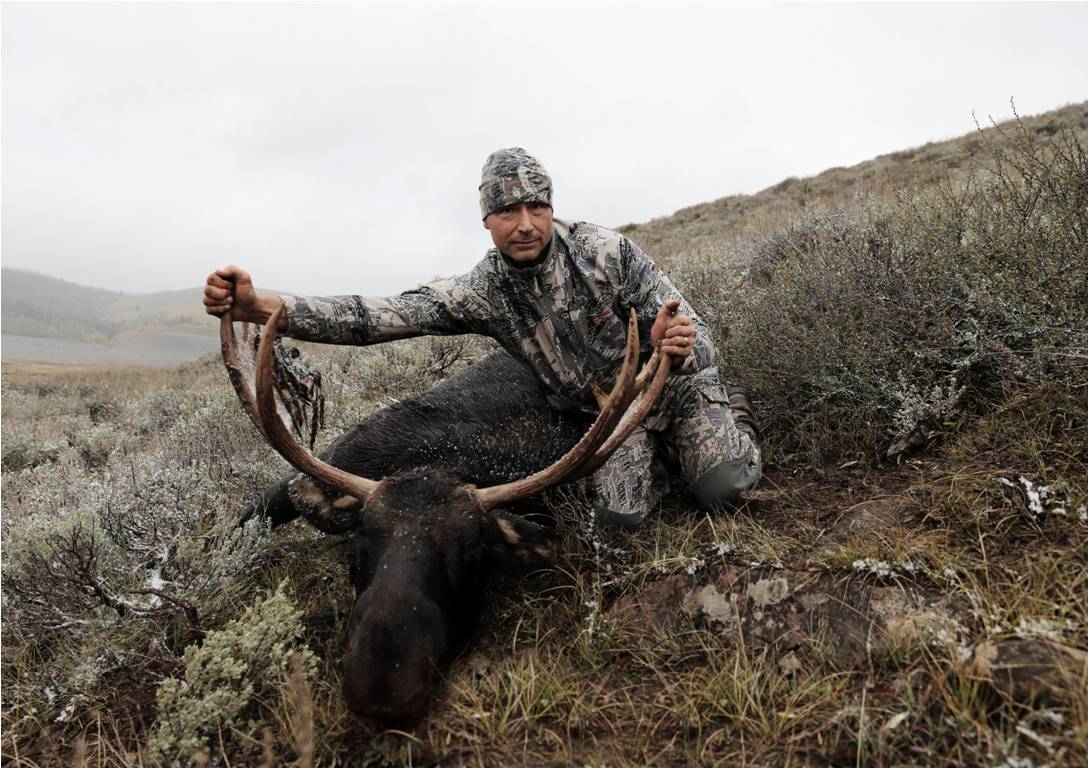 Alex was the only Non-Resident to draw a moose tag in his area. He went up solo to hunt some public land he found a lead on from talking to locals and biologists. He got 4 miles into the back country when he was hit by a blizzard. It persisted for two days on and off until he finally had to pull out and relocate. While exploring a second area he got a tip and was able to move in on four moose, two bulls and two cows. He took the larger of the two bulls. This was a DIY Public land hunt.